AA simple two-winding transformer construction consists of each winding being wound on a separate soft iron limb or core which provides the necessary magnetic circuit.

This magnetic circuit, know more commonly as the “transformer core” is designed to provide a path for the magnetic field to flow around, which is necessary for induction of the voltage between the two windings.

However, this type of transformer construction where the two windings are wound on sepa

Transformer Construction of the Core

In the “closed-core” type (core form) transformer, the primary and secondary windings are wound outside and surround the core ring. In the “shell type” (shell form) transformer, the primary and secondary windings pass inside the steel magnetic circuit (core) which forms a shell around the windings as shown below.Amorphous Alloys are metallic glass materials without a crystalline structure. Amorphous-Alloy Cores provide better electrical conductivity, higher permeability and magnetic density, and efficient operation over a wider temperature range than cores made from conventional materials. Smaller, lighter, and more energy-efficient designs are possible for transformers, inductors, invertors, motors, and any device requiring high frequency, low loss performance.

All noise received in an electrical system is induced into the system in two ways:

Conducted EMI: This type of noise is received from some other component in the system. This noise propagates into the system as a current, either through direct conduction or by capacitive or inductive coupling.

Radiated EMI: Noise is emitted and received radiatively, meaning that radiated EMI is a form of crosstalk. Some of the strategies for reducing crosstalk will also apply to radiated EMI.

Each mechanism can put either type of noise into some portion of an electronic system. Any pair of traces or wires on a PCB, IC, or cable assembly can experience two types of noise: common mode and differential mode noise. Common mode noise will have the same magnitude and polarity on each side of the interconnect, while differential mode noise has opposite polarity. Note that we haven’t considered intrinsic random noise sources like Johnson noise, which does not need an external source.

The image below shows the difference between common mode and differential mode noise. In this image, the noise voltages on each side of the interconnect are V1 and V2. These voltages are measured with respect to the reference plane below the traces, which is assumed to be 0 V everywhere. 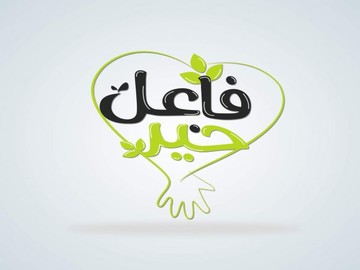 Use And Care Of Reagent Bottles -- ﷼

The Truth About Scented Candles -- ﷼

How to Make Wine Labels -- ﷼

What is a Dropper Bottle Used For? -- ﷼

The 6 Most Popular Insulated Tote Bags for Food Delivery -- ﷼